I was not so sure about the difference between man and woman or boys and girls.
But as my sons grow and talk to the girl's mothers, I've started to realize the difference.

I show them all the toys and cartoons including boy's and girl's to my sons.

But, my first son at the age of 4 seems to be old enough to know what he likes and he doesn't.
He loves to fight against some evil to protect the world.
He does watch girl's cartoon programs, but what he likes about them is the fighting part.

I don't think that I taught them to fight.

He does like car and train, but he seems to be into fighting more.

He fights against some enemies all the time in our living room using his ranger toys.
And, what he needs is the enemy. 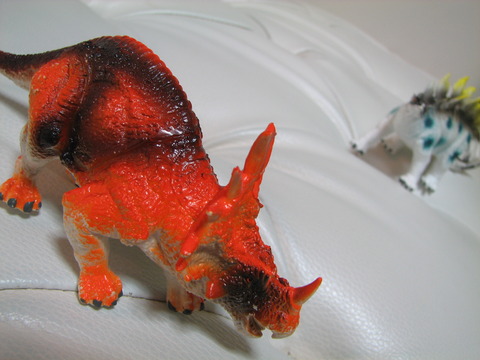 It looks like those enemies in the ranger programs.
I found them at DAISO and it's of course 100yen each. 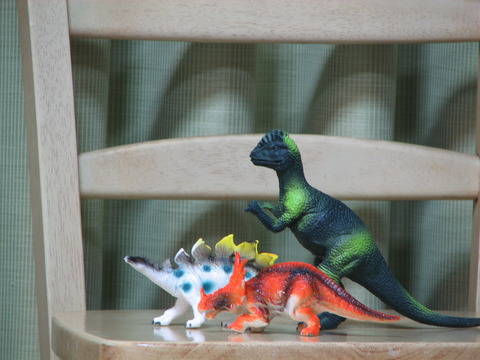 We now have 3 of them, 3 kinds of anemies to defeat.

He uses his ranger toys, his sword, and his car toys.

His young brother is using these dinosaurs to simply show himself cute doing "Roar!" to his parents.

They are also just pretty as object I think, no? 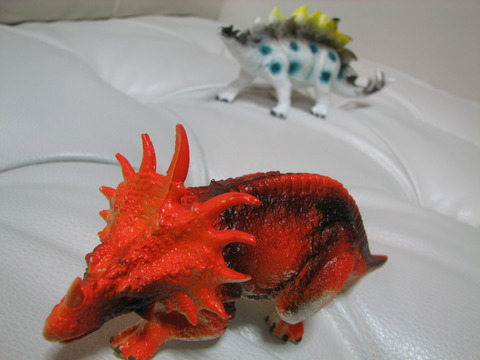 Stop by at the dinosaur corner when you go to DAISO next time.
You and your son will love them.